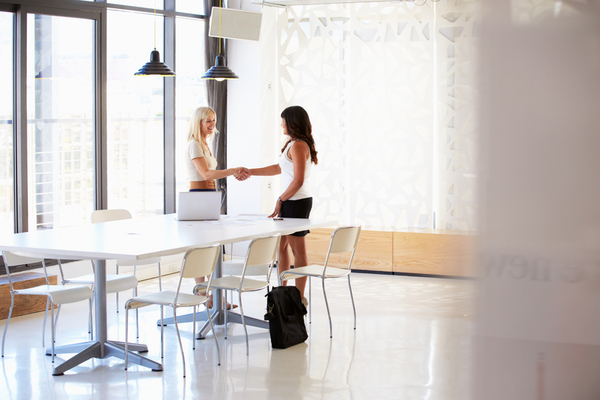 31 May Five Interview Mistakes That Can Cost You The Job

A brand new client of mine lost out on a job because he stopped to tie his shoes.

He was interviewing at a Fortune 500 company that has a zero tolerance policy for lateness for current employees. As for potential employees? Let’s just say that if you’re late for an interview, you no longer have an interview.

Regardless of a company’s tardiness policy, 7 out of 10 hiring managers say that if a candidate shows up late, they’re not getting the job.

Of course, it wasn’t just the shoe tying that made him late.

In all of the preparation he had been doing for his interview, he overlooked one major detail: Looking up directions to where his interview would take place. He had walked by the building hundreds of times. But he had never actually mapped out how long it would take him to get there. He also didn’t factor in time for unforeseen delays – you know, like having to tie his shoes.

If you’re just starting your job search or have been off your interview game for a while, these things can happen. It’s my job to anticipate these faux pas and teach my clients how to avoid them so that they can bring the job offers and salary hikes in!

Interviewers don’t always share their concerns about candidates during the job interview, since there are often plenty of other qualified candidates vying for the job. For this reason, you need to take the initiative to guess on what their looming doubts may be about your application (if you assume there are any), and address them on your own.

There’s a fine line between addressing a concern that your interviewer has brought up and shining a spotlight on a weakness. The longer you explain yourself, the sketchier you sound. So if you’ve lost a job, left a job or have been out of a job for a while, you need to rehearse until you nail a quick answer. Then, you’ll want to try to frame it as a blessing. Nothing is worse than seeming bitter, nervous or unprepared when addressing something delicate.

For example, “It was truly a gift for my old company to restructure, as it allowed me to refocus on what path I want to take, and I’m so excited to be here with you for that reason.” In one sentence, you’ve addressed the concern and honed in on the opportunity at hand.

A lot of candidates seem so professional and clean that they lack the warmth that’s needed to connect. In fact, 38% of hiring managers have ruled out potential candidates due to their unwillingness to smile.

As an example, I interviewed a candidate for an intelligence analyst role back when I was managing a global threat team for a private company that was doing business all over the world. When I walked out, the only word I could think of for him was “socialized.” He was so polished and perfect that I couldn’t connect with him. While it’s great to be professional, you need to remember to also be human.

One way to break through this is to prepare a statement such as, “The reason this opportunity and company strikes a personal chord with me is…” From there, share what really moves you about the work. Look your interviewer in the eye, and practice your answer to a point where it doesn’t seem so contrived. If it does sounds contrived, it’s either too long or you’re not practicing it enough.

3. Trying to be everything

There’s nothing inspiring to an employer about you trying to show them that you’re a jack-of-all-trades. While it helps to show you’re a self-starter and a quick learner, they are hiring for a particular role, and for that reason, it’s important you focus most of your conversation on that.

If there’s something the company wants you to work on, yet you don’t have much experience with it, transparency is key. For example, if your interviewer tells you, “We need our new hire to be familiar with Photoshop,” and they look at you to ask if you are comfortable with that program, it’s so much better to just be honest and clear. For example, “I’m familiar with Photoshop, but I don’t have a rich experience of it. Nonetheless, I love learning and I’m a quick learner, so I would be really excited to deepen my knowledge of that in this position.”

Just how detrimental is negativity to your interview? 49% of hiring managers cited speaking negatively about a co-worker to be one of the top mistakes they witness during interviews. No one wants to sit down with someone who has anything negative to say at all. Don’t talk smack, and whatever you do, don’t tell your interviewer that you hated your job.

Instead, come from an angle of gratitude. You’ve learned from your past job experience, you’ve gotten a lot out of your time with the company, and now you’re moving on because you’re ready to grow.

While you should have some questions to ask about the position at the end (or during, if they open it up to you), it’s important to keep in mind that they’re in the driver’s seat.

If you want to take your career to the next level, the ability to win over your interviewer is an absolute must. Regardless of how qualified you may be, there are always going to be other candidates who have credentials that stack up just as well as yours.

So, which one of you gets the job?

It all boils down to whose interview went off without a hitch, and who experienced some hiccups along the way.

As for our unlaced, unprepared job candidate? He now holds a management position at a major sales firm.

… And now he’s always on time. In fact, he rocks a pair of loafers.