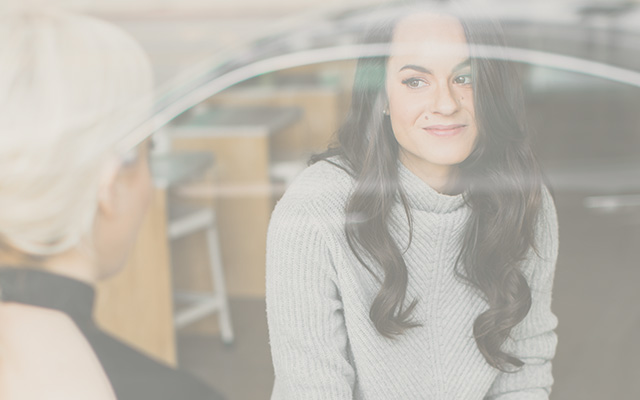 09 Sep How To Job Hunt In Washington, DC (Hint: USA Jobs Is A Cyber Abyss)

When I was 22, I joined the tidal wave of hope-and-changers descending on D.C. with their student loan debt and relentless optimism. My sunny outlook seemed justifiable in light of the fact that I had a graduate degree and a plan of being the next “Maya” from Zero Dark Thirty.

When people outside of D.C. learn that you want to be a federal spy, they talk about USAJobs.gov like it’s the yellow brick road: You want a government job? You’ve got a grad degree? USAJobs.gov will make it happen!

So I just assumed it was the best (if not the only) option for landing a stellar job in D.C.

That perspective changed immediately after I arrived in Washington.

When someone would ask me how my job search was going, I’d smile and share my excitement about the array of positions I applied for on USAJobs. I’d tell them that it was as if they were creating this handful of jobs just for me – that is how perfectly I matched the descriptions.

The person would give me a look I didn’t recognize at the time, but looking back, I know exactly what they were thinking:

Has anyone ever actually gotten hired through USAJobs?

Type “USAJobs” into Google and you’ll get thousands of hits linking to websites that all claim to teach you the tricks of manipulating USAJobs through bizarre resume building strategies that get you through the nightmarish software. There are countless more aimed at debunking so-called “myths” about how complicated USAJobs is… And that’s before you come across the Congressional hearings and oversight reports demanding to know why, $20 million in taxpayer money later, people are still not finding employment.

You can hardly blame people for wondering if this website was really designed to help job seekers. Anyone who has sat down with it for an hour will think they’re on “Candid Camera”… Or they’ll suspect it’s actually just a test the feds use to weed out the people with a low tolerance for bureaucracy…After all, they’ll be encountering plenty of it if they land a job with the government.

In all seriousness, the biggest challenge in navigating this website is that you’re competing with 17 million other people for a job. Sure, it’s nice that we have the infrastructure to accommodate such a massively populated job hunt, but that’s not necessarily a good thing in light of the fact that who you know is still a critical factor in your application.

All too often, that perfect looking position on USAJobs was created as a formality for someone who is already inside the system…  Someone who has already practically accepted the position internally.

Because taxpayers demand transparency and accountability.

This means the job posting must be created and listed, various applicants considered, and a period of time must lapse, before the job can be given to the intended candidate. Yes, it’s needlessly bureaucratic sometimes, but this is the federal government, after all.

Don’t get me wrong: If you want a career position with the Federal government, USAJobs.gov is an important piece of the puzzle. However, there are other ways to get there.

Here are a few tips for how you can make sure you’re looking for the right people and opportunities in the right places (aka, not USAJobs).

1. Go to events (and arrive early) on the regular. Have you ever wondered how so many broke young people (I was one of them) manage to survive in pricey Washington, D.C.? Free food. Young people ride the reception circuit for eleven months of the year (the city goes to sleep in August) and during those months, you can easily eat three free meals a day if you know where to look.  However, it’s advisable to go to these events for more than just the freebies, as receptions almost always have noteworthy guests of honor.  Bear in mind that the VIPs are more likely to show up early and stay for only a brief time after their presentation, so you have a much better chance of networking with them if you arrive early… You’ll often meet them in an empty room, with a true opportunity to connect.

2. State Society and College Alum events. State societies are civic and social organizations that preserve the history of our states – their cultures, politics, colleges, and traditions. These groups host frequent events that bring people together across all industries. Get-togethers run the gamut from networking happy hours and football watch parties to more festive celebrations, such as the California State Society’s annual Oscar Party.Note: State societies are non-partisan, so be sure to leave your elephant/donkey attire at home.

3. Don’t be afraid to ask for coffee. Believe it or not, D.C. is populated with people who want to save the world (and some who want to take it over), so the local workforce is generally open to meeting with other like-minded individuals who share their ambitions. Unfortunately, many newbies worry that they have nothing to offer due to being “inexperienced,” so they hold off on contacting the power players for coffee or lunch meetings.What they don’t realize is that people who have spent a lot of time in D.C. understand that today’s intern is tomorrow’s deputy assistant undersecretary , and in a town that runs on relationships, they want to store up as many favors as they can get. This was the game-changing realization in my own career: When I realized that USAJobs was a cyber abyss, I started reaching out to as many people as possible. Sure, it meant drinking 15 cups of coffee a day and logging about a million miles on the metro going from one meeting to another, but I landed the job of my dreams…and I still enjoy many of those relationships.

4. Learn about contractors.  If you’re interested in working for the feds, your chances of finding a job with a contractor are much better than being hired by a government agency: There are roughly 2 million federal government employees, and 7.6 million contractors. Contractors are private companies hired by the government for short and long-term assignments. In most cases, contractors function as government employees: They share the same office space, coffee machine, and supply room, but they’re doing more substantial work. Although contractors don’t get federal employee benefits, it’s still the best way to get meaningful government experience without the bureaucratic headaches. As a former defense contractor, the running joke was that government employees have “positions,” while contractors have jobs.Contractors are also more likely to provide better pay, and some are willing to sponsor a security clearance. Many of these private companies have specialized areas of practice, so if you’re interested in working for the State Department, look into the private companies that win lots of State Department contracts; likewise, if you want to work at the CIA, learn which private companies are winning the big intelligence contracts… I’d tell you, but they’d have to kill me!Figuring out which companies are doing the work you’re interested in is the first step, but then you should network like crazy to find a foothold.

5. Become a fixture at the career fairs—all of them. In a city the size of D.C., there are countless opportunities to network with the individuals who have inroads in the industries you care about. Furthermore, with the substantial number of colleges and universities in the area, it’s a given that there is a lot of recruiting taking place around you. You have no excuse not to take advantage, even if it means crashing the occasional college career fair. If you’re interested in defense work, check out events hosted by organizations such as Corporate Gray. If you’re a woman, check out the abundance of resources available to you, such as Women For Hire. D.C. is incredibly diverse, and there truly is an organization for everyone.

Outsiders continue to envision the nation’s capital as a giant bureaucracy, full of graying old men who correspond with the rest of the world through hieroglyphics and carrier pigeons. Part of the reason USAJobs was so appealing was because it allowed us to think we might be able to escape the horror stories of radio silence from federal human resources managers who were perpetually out of the office on paid vacation (or snow days).

That illusion may be dead, but don’t let it intimidate you from pursuing a career in Washington, D.C.

The lack of technology or the surplus of it really shouldn’t change your approach to job-searching in D.C. or anywhere else, because the one thing that doesn’t change, regardless of the times, is the power of networking. When you’re willing to put in the effort to foster and develop relationships with real people, instead of with your computer screen, you’ll end up with the kinds of professional opportunities that you previously only dreamed of.

To make a long story short, what you need to find professional success in D.C. isn’t a USAJobs account – it’s motivation… And a metro card.

Visit www.LandMoreJobOffers.com for my FREE TRAINING on how to get multiple job offers and a big salary hike.